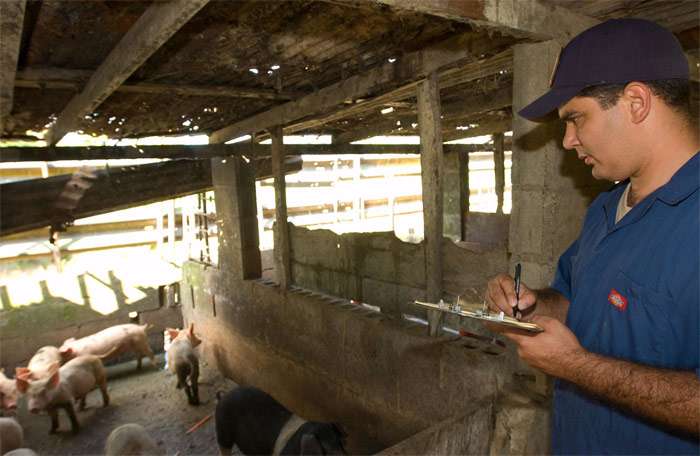 The producer or animal caretaker, in cooperation with the local veterinarian, is the first line of defense in protecting the herd from the spread of illness and diseases, beginning with the detection of a sick animal. Most farmers know their animals very well and can notice even subtle changes in an animal’s behavior such as isolation, loss of appetite, lethargy, etc., which can be the first indications of an illness or injury. Animals exhibiting these minor changes in behavior should be monitored closely and a veterinarian should be contacted if the signs do not disappear in a short period of time.

More visible signs such as coughing, excessive salivation, diarrhea, abortions, and neurological disorders (e.g., circling, head pressing, stumbling, blindness) are obvious concerns. At the first sign of problems, a veterinarian should be called to make a farm visit for evaluation. If possible, the animals' caretakers should be trained to determine heart rate, respiratory rate, temperature, and dehydration status. This information can be useful during the first call to the veterinarian to indicate the severity of the problem. Knowing the number of animals affected also helps the veterinarian determine the extent of the problem.

Keep in mind that animals with infectious diseases exhibit signs of illness after an incubation period, which is the time from pathogen exposure to the time clinical symptoms appear. The incubation period can vary from hours to weeks, and with some diseases animals may be shedding the pathogen (and therefore exposing other animals to the biological agent) during that time.

An infectious disease is caused by pathogenic microorganisms, such as bacteria, viruses, parasites or fungi. During a disease outbreak, it is important to determine if the disease agent can be transmitted from one individual to another.

There are generally two categories of transmissible diseases:

Highly contagious diseases spread rapidly and may affect large numbers of animals; they can have a high morbidity and mortality rate and can be transmitted via direct and indirect routes. Infectious diseases classified as not highly contagious generally spread slowly and affect a very small number of animals.

Look for Signs of Illness 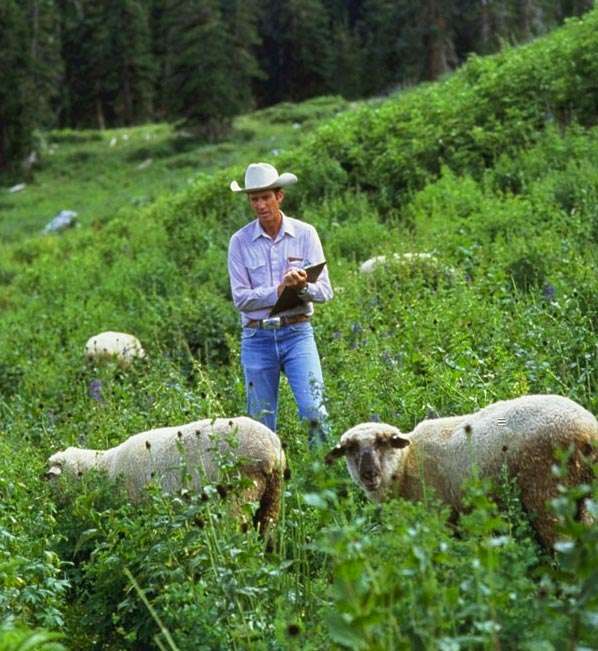 Generally, it is most effective to observe and assess an animal’s health and well-being as a single and separate task, rather than combining it with other tasks or chores. If daily observations are combined with other tasks, the potential for missing something crucial increases, as the focus is on completing all of the tasks rather than observing the animal.

Observe each animal daily to assess its health and well-being. Carefully observe each animal from head to tail, including each part of its body and behavior, for abnormalities that may indicate a potential problem. Also, look at the feces and discharge from the animal if there is any, for signs of abnormalities. Establish a consistent method for conducting your daily observations.  If you aren't sure how, consult with a veterinarian on how to perform daily observations of animals. Checklists and similar tools are helpful for ensuring daily observations are consistent and effective in assessing animal health and well-being.

Things to consider when conducting your observations (not limited to the following):

The BUDDIES system will help you recognize serious emerging or foreign animal diseases.