Farmed deer and elk belong to the taxonomic group of animals called the family Cervidae. These species are native to the U.S. However, other cervid species that are not native to the U.S. are also farmed including sika deer, reindeer, fallow deer and red deer.

The potential risk of disease transmission between wild and captive herds differs from the risk of transmission of the same diseases between captive domesticated livestock and wild cervid populations. Diseases are more difficult to diagnose or treat in wild animals, whether captive or free-ranging, though new methods are under development and testing.

Furthermore, an escaped deer is virtually indistinguishable from a wild one and is much harder to recapture than an escaped steer or cow. As a result, if an escaped deer transmits a disease agent to wild deer, it is much more challenging to eradicate the disease than it would be in a captive herd of domestic livestock.

One example of this is the present problem of bovine tuberculosis and the challenge of eliminating this problem. Even though the problem appears to be manageable in cattle and captive cervids, the costs are great, and it remains to be seen if the problems can be eliminated in the free-ranging herd.

Possible disease transmission routes in either direction between captive cervids and free-ranging wildlife include the following:

This is an infectious, degenerative disease of animals in the family cervidae (elk, deer, and moose, etc.) that causes brain cells to die, ultimately leading to the death of the affected animal. The incubation period can be long (several months to years) depending on species and genetic factors, and infected animals are in good body condition until the end stages of the disease, making them difficult to distinguish from healthy animals. Animals infected with CWD can transmit the disease to other animals during the “silent” incubation period.

This is a contagious and zoonotic disease in animals and humans. Most species of farmed and free-ranging cervids are susceptible to bTB, including white-tailed deer, mule deer, elk, red deer, fallow deer and sika deer. Tuberculosis can be transmitted by the inhalation of aerosols, by ingestion, or through breaks in the skin. In some deer, severe disease can develop within a few months, while in other deer it may take years to become symptomatic.

Brucellosis is a contagious disease of livestock and wildlife that has significant consequences for animal and public health and international trade. Brucellosis occurs primarily in cattle, bison, and swine, although cervids, goats, sheep, and horses are also susceptible. In cattle and bison, the specific disease organism of concern is Brucella abortus (B. abortus). Considering the damage done by the infection in animals — decreased milk production, weight loss, loss of young, infertility and lameness — this disease is a formidable threat to livestock. The fact that this disease can spread rapidly and be transmitted to humans makes it all the more serious.

The most commonly recommended fencing for captive cervids is at least eight feet tall (for elk) or 10 feet tall (for white-tailed deer) and made of strong woven wire. These specifications overcome the leaping abilities of most cervids and guard against fence failure due to impact of the animals with the fencing.

Some recommend use of two lines of fencing to prevent escape in the event of fence failure and to prevent direct contact between captive and free-ranging cervids. As with all fenced livestock operations, frequent fence maintenance is necessary to prevent escape or ingress of animals through the barrier.

Importation of livestock into any U.S. state requires import disease control permits and certifications, based on each states regulations. The link below for the USDA APHIS page on import requirements has links to each state's website for their requirements. 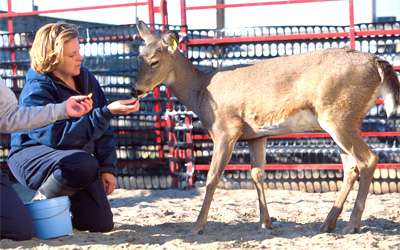 White-tailed deer are susceptible to a number of parasitic, bacterial, viral and fungal diseases. Several basic animal health practices are available to guide the producer in maintaining a healthy herd. 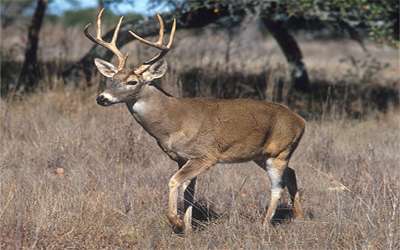 In the U.S., the cervid farming industry is a growing business. This website has a comprehensive list of diseases affecting cervids, from the Center for Food Security and Public Health. 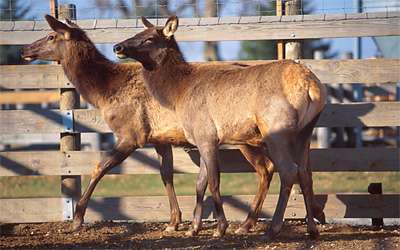 Elk farming has become an established and growing industry. Learn how to raise a healthy herd from the Pennsylvania State University Extension.