Wildlife may be considered all free-ranging animals, including native and exotic wildlife species, as well as feral domestic animals. Where their paths cross, livestock can be exposed to disease-causing agents carried by wildlife. This may happen at a water source that livestock share with Canada geese or a feed manger that also happens to be home to a family of mice. These are just two examples of where contact and transfer of disease can take place. You need to be aware of the risks posed by wildlife. 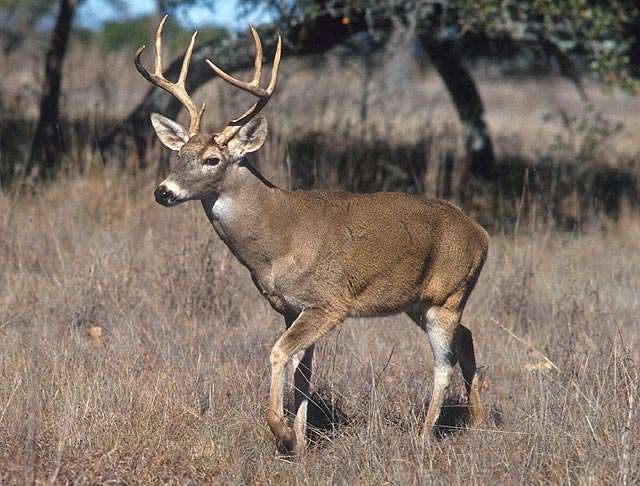 The three main areas targeted as wildlife biosecurity concerns are:

Birds, rodents, coyotes, pet dogs and cats, insects such as mosquitoes, and deer can be carriers of diseases that affect other animals or humans. Deer carry a worm, Parelaphostrongylus tenuis, or P. tenuis, that can cause fatal meningitis in sheep, goats, or llamas. There are also emerging diseases that have been found in wildlife and may spread to livestock. Chronic Wasting Disease (CWD) is being monitored for this potential.

In addition, there are bacteria and other microbial pathogens that live on the farm that do not need wildlife as a host, but can easily be introduced to the herd by way of a contaminated water source. Intestinal diseases such as cryptosporidiosis, Johne's Disease, and campylobacteriosis can all be spread in this way.

Transmission of disease between wildlife and livestock, can occur directly (such as from nose-to-nose contact or exposure to body fluids/tissues, such as feces, urine or blood) or it can occur indirectly through contaminated environments (e.g., soil) or shared feed and water sources.

Farm managers and maintenance personnel can reduce the risk of domestic animal exposure to these and other harmful diseases. Periodic maintenance of feed storage areas, watering systems, and animal facilities will reduce wildlife biosecurity risks. Regular maintenance will ensure a low risk of exposure to wildlife or other disease vectors and optimize herd health and productivity.

Eliminating or reducing interactions between humans, domestic animals, and infected wildlife is a key point because controlling disease in wildlife is difficult and expensive. Some methods to discourage wildlife and protect livestock include: 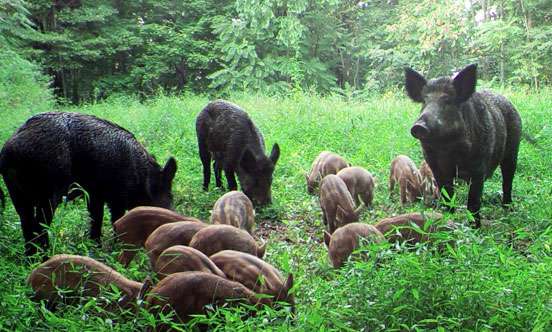 For example, feral swine are susceptible to and can serve as a reservoir of diseases such as classical swine fever and African swine fever viruses that can also infect domestic swine. Feral swine can transmit pathogens to livestock, which may result in financial losses to livestock producers due to lower productivity, veterinary costs, or even mortality.

They are also capable of killing young calves and lambs, and vulnerable adult animals during the birthing process. Feral swine may also eat or contaminate livestock feed, mineral supplements, and/or water sources. Feral swine are also a risk for the reintroduction of pseudorabies into domestic swine populations.

House sparrows, starlings, pigeons, and swallows commonly inhabit barns on livestock farms. Geese and wild turkeys often share ponds or pastures with livestock. Birds can spread salmonellosis and avian tuberculosis (which cross-reacts with bovine tuberculosis tests). They also can carry the organisms that cause enteric bacterial diseases, fungal diseases, Q fever and other diseases associated with mastitis and abortion, tapeworms and other parasites.

Most of these diseases are also transmittable to humans. Not only can birds spread disease onto healthy farms, but they can also be an expensive nuisance. A starling will eat 50 percent of its body weight in grain each day. Nests that are made in barns close to the heat of a light fixture or bad wiring can be a fire hazard.

To reduce the exposure of livestock to birds and their droppings, first evaluate the current presence of birds on the farm:

Additional maintenance procedures should be followed to keep birds and droppings away from the herd's feed and water:

Rodents, like birds, are found on most farms. Rats and mice live in farm buildings, feed storage areas, and woodpiles. They eat grain intended for the herd and potentially spread bacteria like Salmonella and E. coli by contaminating feed with their droppings. They may also chew the insulation off of wires, causing a fire hazard.

To control these risks to the herd's health:

Coyotes are wild canines with dog-like features. They are well-adapted to populated areas and are no strangers to farms, fields, and woods. Coyotes are less likely to attack livestock where wild game such as rabbits, squirrels, and mice are plentiful. They will also kill deer and eat carrion.

How deadstock are handled may enhance a farm's coyote population and encourage depredation of livestock. Coyotes may carry disease-causing agents and should be kept out of areas where livestock are pastured or housed.

Dogs may be used on farms to help move or guard animals. Unfortunately, dogs tend to eat just about everything from Rocky Mountain or prairie oysters and afterbirth to horse manure.

Unless dogs are kept out of animal feed and housing areas, they may spread any of a number of disease-causing agents that can be spread through fecal-oral contamination. Of particular concern is data suggesting that dogs play a role in completing the life cycle of the protozoan parasite Neospora. Neospora causes abortion in cattle.

Dogs should, therefore, not be able to access pastures during calving, lambing or kidding season, or maternity areas of barns.

Cats may be part of a farm's rodent control program. Like dogs, they can spread a number of disease-causing agents and may carry Neospora as well.

It is best to prevent cats from living in hay mows or other areas where feedstuffs are accessible. Farm cats and dogs should be routinely vaccinated against rabies.

Deer can also introduce disease onto a farm. Deer can carry Bovine Tuberculosis, Johne's Disease, and Chronic Wasting Disease. Pastures and water sources shared between deer and livestock should be avoided.

To evaluate your farm and decrease the risk of your livestock contracting diseases from deer, do the following: 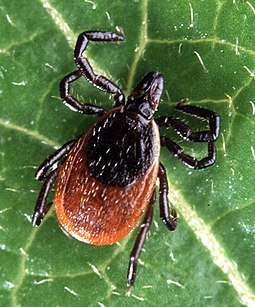 While a vector is technically defined as any living organism that can carry disease causing agents between animals, disease carrying vectors are most commonly thought of as arthropods (members of the insect and spider families), such as mosquitoes, fleas, biting midges, flies, ticks and mites.

Arthropods can transfer disease causing organisms through a bite while feeding on an animal, or sometimes simply by carrying the disease agent on their body, such as on the legs of certain fly species. Many animal diseases that are spread by arthropod vectors affect domestic livestock, as well as wildlife species.

Vector control and elimination measures are an important consideration and component for many animal disease outbreak responses. Vector control begins with an understanding of the arthropod’s life cycle and the transmission potential. Insect life stages vary in their habitat and ability to transmit disease. Specific control measures will be needed based on the life stage.

For instance the egg laying grounds for flies are different than that of mosquitoes and midges; one control method may not work of all.

Limiting livestock and poultry exposure to arthropod vectors or their habitats can reduce infection risk. Excluding access of livestock (or wildlife) to vector habitat areas or avoiding exposure during peak vector activity times are examples.

Reducing the source of the arthropod vectors consists of eliminating potential insect breeding areas and larval habitats. Generally, this involves:

Some insects require manure or organic material for development, so cleaning animal feeding areas, yards and barns can minimize these vectors.

Sometimes biological agents or natural predators for a particular arthropod vector may be used to control the larval stages of other insects. Examples include bacterial toxins such as Bacillus thuringiensis, parasitic wasps or dung beetles that feed on arthropod larvae.

Control for adult insects often involves the use of chemical insecticides. Some products are used in vector habitat areas, while others may be applied directly to animals.

However, none of these should be used as the sole method of control, only as a supplemental measure.

Controlling the egg and larval stages of the arthropod vector is generally more efficient than controlling adults. When using chemical pesticides, proper precautions must be taken when handling or applying them. It is a violation of State and Federal Law to use a pesticide in a manner that differs from the product label. Use only according to label directions. 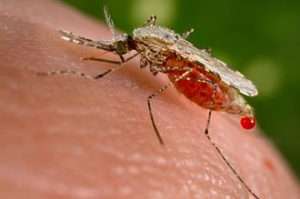 These annoying, biting insects can carry diseases such as West Nile virus and other encephalitis viruses that affect humans and horses, and they carry heartworm of dogs.

One of the best ways to minimize the risk of these diseases on your farm is to control the number of mosquitoes. Destroying their habitats and breeding grounds will reduce their numbers.

Most mosquitoes lay their eggs on the surface of shallow water. Eggs take about 48 hours to hatch, and then the larvae (the immature stage of the mosquito) live in the water for about a day, eating organic material and breathing through a tube that reaches the surface.

The larvae then molt into pupae (similar to the cocoon stage of butterflies) where they develop for about two days, still in the shallow water.

Finally, the adult emerges and leaves the water. Adult females bite a host animal to get a blood meal before breeding. The saliva that transmits diseases during a bite also causes swelling and itchy irritation. Males, on the other hand, feed on nectar and do not bite.

There are simple measures that can be taken to reduce their numbers: 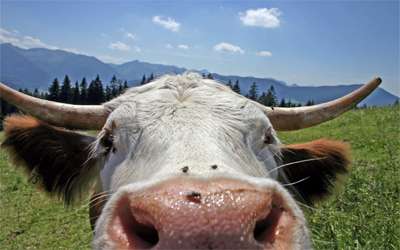 Livestock Management in the Mountains 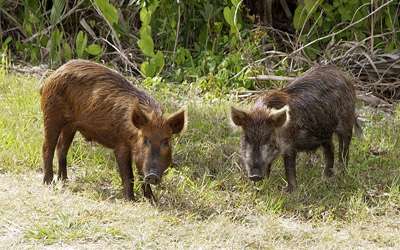 Feral swine cause tremendous damage to agriculture, including row crops, forestry, livestock, and pasture. A website with information about the USDA APHIS feral swine program, and contact info for Wildlife Services. 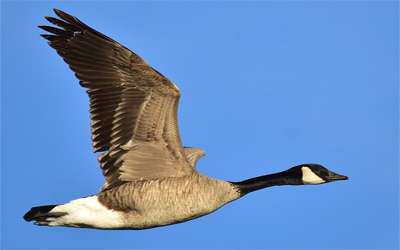 Although this document is for emergency response, it has useful information for wildlife control and management. From the Center for Food Security and Public Health, & USDA.