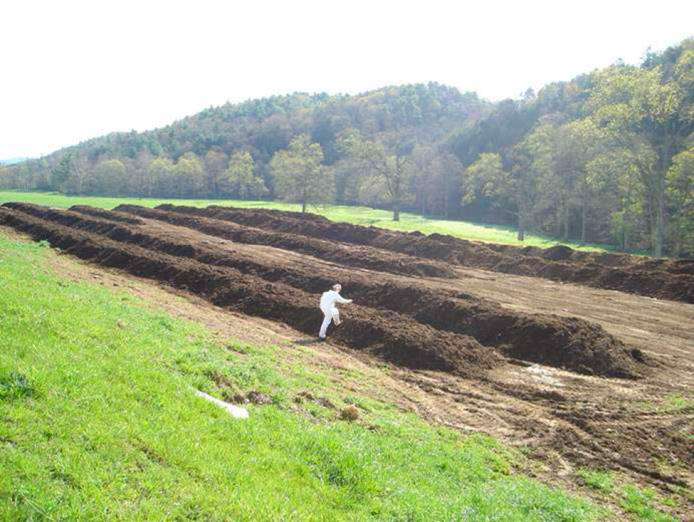 Depending upon the incident—natural disaster or CBRNE agent (chemical, biological, radiation, nuclear, explosive)—local, state, and federal regulations may dictate the method of carcass disposal to be used (commonly burial, composting, rendering, or incineration). During disease outbreaks and hazardous material exposure, state and federal veterinarians will also be involved in the decision-making process.

Farm owners should be prepared for an emergency response by understanding local and state regulations for animal disposal, and identifying the availability of rendering facilities, landfills, incineration plants and carcass transportation in the area.

Even after death, diseased or contaminated animals can pose a threat to animal and human health unless they are properly disposed. Allowing carcasses to decompose naturally in a remote corner of the farm should be avoided due to health, environmental, and legal concerns.

Local, state, and national regulations govern animal disposal procedures. Local ordinances may prevent animal burial. Environmental agencies may issue citations and/or fines to individuals who bury animals near waterways due to potential water contamination. In addition, they may determine burning animal carcasses is not an appropriate method of disposal because of the resulting air pollution and potential disease spread. Producers must consult their local authorities about legal and proper disposal methods; some options will be discussed in this section.

Large numbers of animals can also be involved in disasters that do not involve disease or contamination, such as the Rocky Mountain/Great Plains States blizzards in the winter of 2006/2007. The freezing temperatures and four feet of snow decreased the urgency for immediate carcass disposal. However, a similar death toll in a southern state after a flood in mid-summer would present a much more urgent situation.

If local, state, or federal agencies become involved during an emergency response, they may dictate how carcasses will be handled, especially in disease or contamination situations where the food supply is at risk.

During an agricultural emergency that results in animal deaths, a rapid assessment to determine how many animals are involved (including the total poundage) is needed. The numbers can vary from a few backyard chickens to thousands of swine or cattle. Determining the scope of the disaster can be challenging, especially when it is unknown how many animals might eventually die as the incident progresses. 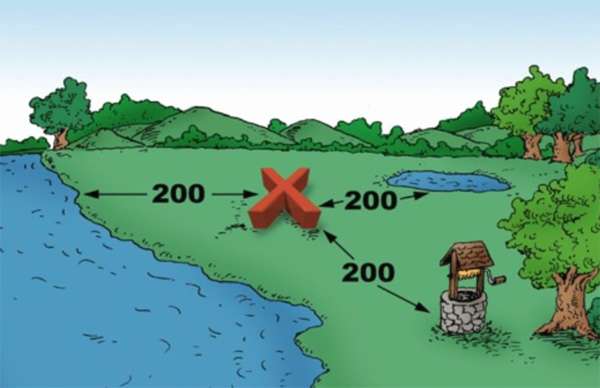 Specific locations on the farm should be identified for possible disposal sites if the geographic area is suitable. An accurate map of the farm can be critical in determining these sites. Important considerations that may determine whether on-farm carcass disposal is an option include:

If vehicles are used to transport animal carcasses for off-site disposal, consider that:

The first priority for disease outbreaks, especially ones that are highly contagious, is to keep the carcasses on the farm or within the exposed zone for disposal if at all possible. On-farm disposal reduces risk of pathogen spread and decreases the costs for transportation of animal carcasses.

It is always wise to speak with rendering personnel first to determine the cost of disposal and what animals they will not accept. For example, some renderers will not accept animals euthanized with veterinary euthanasia solution. As mentioned on the previous page, renderers have stopped accepting sheep or goat carcasses because of the risk of scrapie. State Departments of Agriculture can assist with locating renderers.

The thought, smell, and sound of dead animals being burned are unpleasant and can be an emotionally devastating experience for the farm owner and responders. However, if depopulation of animals is deemed necessary, such as in the case of an extremely contagious foreign animal disease outbreak, incineration may be the only viable option.

Several considerations affect the feasibility of incineration as a carcass disposal option:

While disposal of carcasses on the farm can be a key factor in the management of serious disease outbreaks, when evaluating incineration as an option, geography and weather conditions such as drought, wildfire potential, high winds, rain, etc., also need to be considered.

Incineration can occur outside or in a fixed facility where the burning process is highly contained and out of public view, such as a crematorium. Crematoriums and carcass incinerators that hold larger animals are contained and strictly regulated. Most incineration units kill all pathogens except for prions, which are the cause of diseases such as BSE, CWD, scrapie, etc.

However, contained facility incineration may not be an expedient way to dispose of large numbers of carcasses. The factors associated with the transportation of carcasses must also be taken into consideration (e.g., disease spread, costs, distances) if there is no carcass incinerator on the farm.

If you want to compost your deadstock, follow the steps listed below:

1. Decide what method you will use.

3. Select and use effective carbon sources.

5. Protect the site from scavengers.

From USDA APHIS, an extensive guide with carcass management options for planning and response, to properly dispose of animal carcasses.

A training and certification program for people involved with medium and large-scale composting operations, training.

Disinfection, decontamination and proper carcass disposal are all part of disease eradication after an outbreak.